Marathon & Tractor pulling with Per Vers 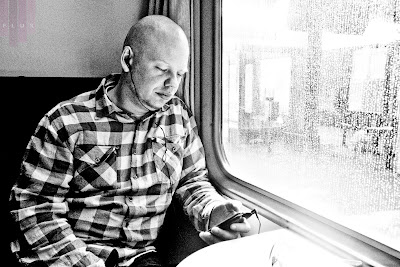 Per Vers chillin to some tunes in the train 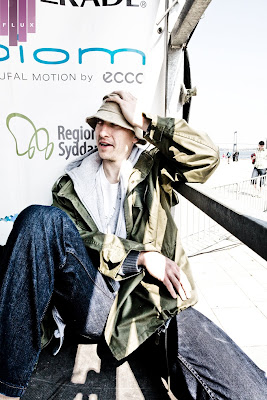 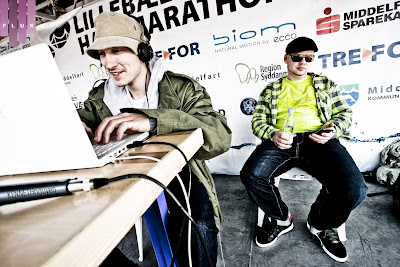 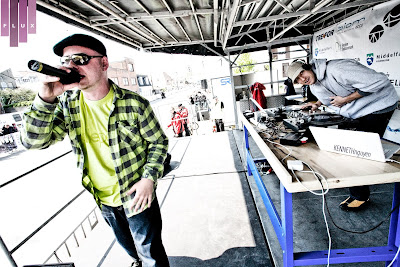 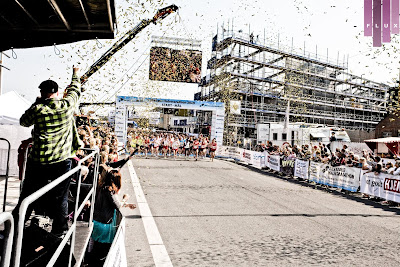 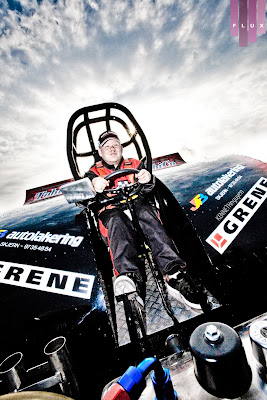 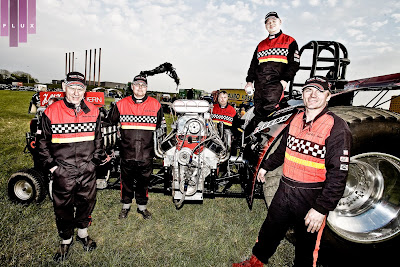 Yesterday I went on a job to Jytland with Per Vers and Dj Noize. Our first stop was Middelfart where Per Vers and Noize had a music gig, where their job was to start off a marathon. The scene was kinda funny, because the stage where the guys were perfoming was placed up against the fence, to the lined up tracks. Which was okay, but the audience was placed next to the scene, so the runners could run by the scene. But the fun thing about this, was that the runners didnt start at the scene. The start/goal line was a hundred meter down the street, so The guys didnt really have a audience in front of them to perform to. There was a big screen infront of the runners though, but still. Per thought it was hilarious and good fun, and so did Noize and I.

The next stop for us, was Herning. Noize was going back to Copenhagen, since the next gig was a photoshoot only with Per. Per had snapped a blink of an article in a newspaper about this huge monster tractor, who had won more than one championship in tractor pulling. The deal with this tractor, was that its name was Black Power. The same name as one of Per's own tracks. So with that on his mind, he thought it was cool to have some pictures of it with him.

It was a damn straight funny day. Ten hours in a train in one day, was a bit too much for me.
As I thought the day would end with Per V, I thought wrong. On our way home, I received a text message if I could cover Gypsies 2nd release album at Rust... and why the hell not, since I still was awake:-D