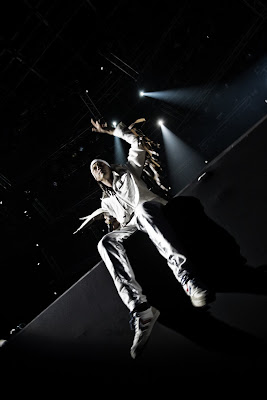 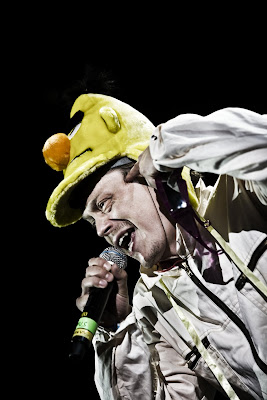 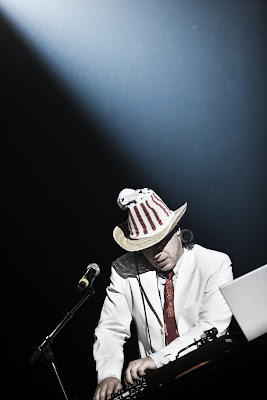 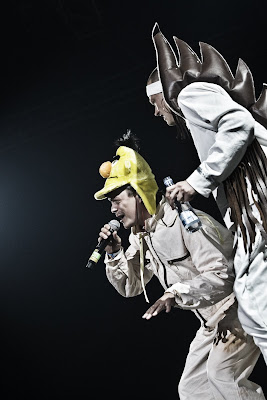 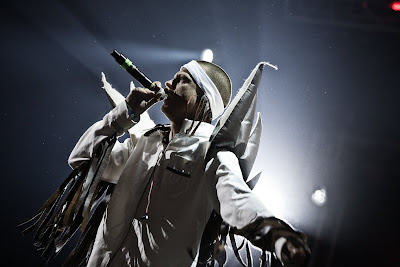 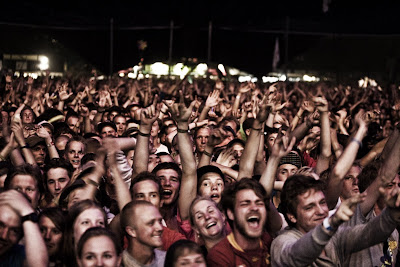 Malk de Koijn came out with their debut-album in 1998. I remember my friends playing the tracks for me, from their first album: entitled "Smash hit in Aberdeen". It forever caught my attention and I fell in love with their funny lyrics and beats that wasnt to be found elsewhere. They maintained their style on the 2nd album that came out, in 2002.

After 5 years of quietness, I was happy to hear that "MDK" was performing at this year's Roskilde Festival. This concert was my number one priority. I have never seen these guys live before. So finally to have the opportunity to see them life, and at the same time from the Photopress-pit, was a dream come true:-D

The guys gave the more than 18000 people in a way too little stage Arena, a whole 2 hour performance!

They were offered to play on Orange stage(The biggest stage on Roskilde festival), but refused.
Indsendt af K-Nguyen kl. 00.34