Wild for the night, fuck being polite!

I've been trying to hook up with some graffiti artists for a while now, some cats who could take me with them when they go out bombing, but have had no greater success...

Up until some days ago when I got contacted by "N", who had seen my request on the world wide web. He contacted me and said, "Yo I'm going out tonight, down to the subway between Central Station and Nørreport, wanna come?" Hell yeah! I've been doing a lot of urban exploration around Copenhagen lately, so for me to go down there would just top it all off and at the same time be a huge experience!

Equipped with my press card, my gear and dressed in black from top to toe, I was ready to dive in! 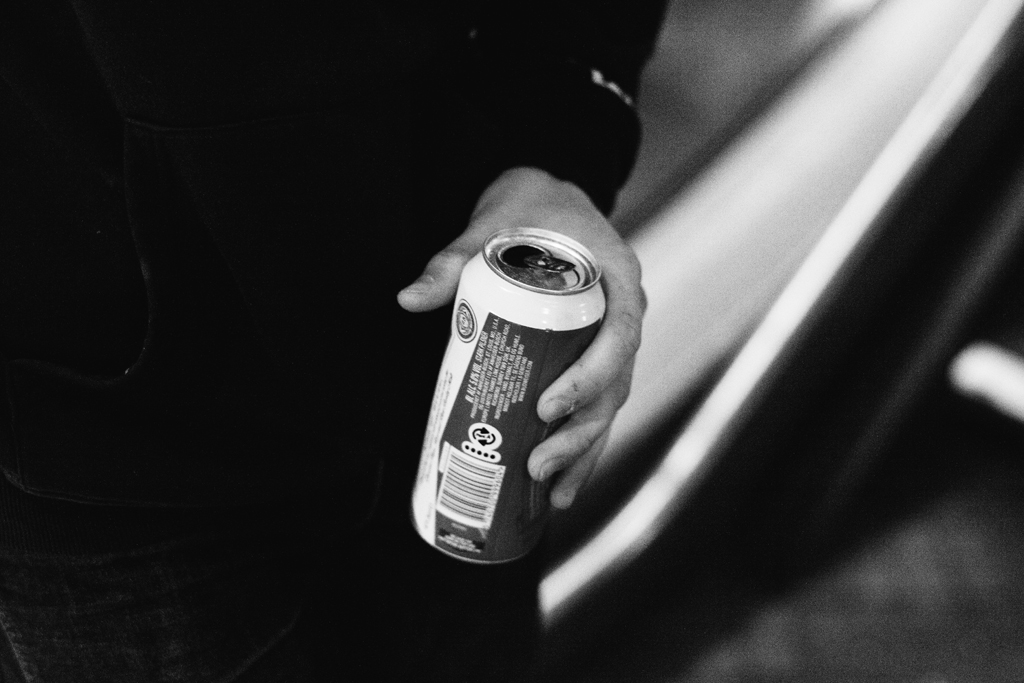 I met up with N around midnight. He told me that there wouldn't be that many trains at that time, but we still had to be careful, especially when we were going to drop in! 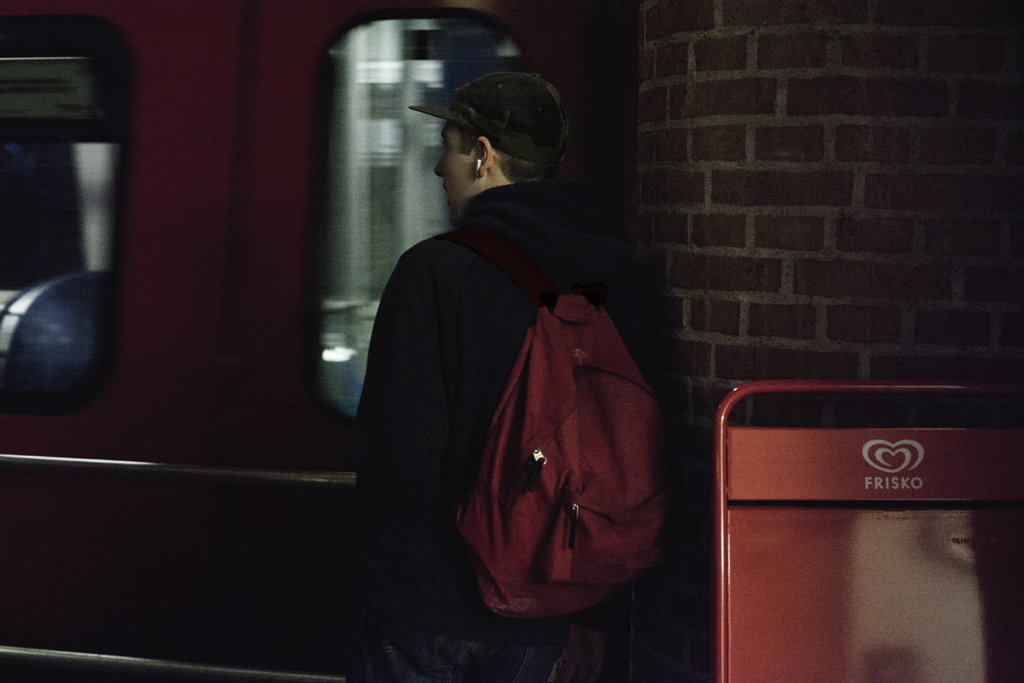 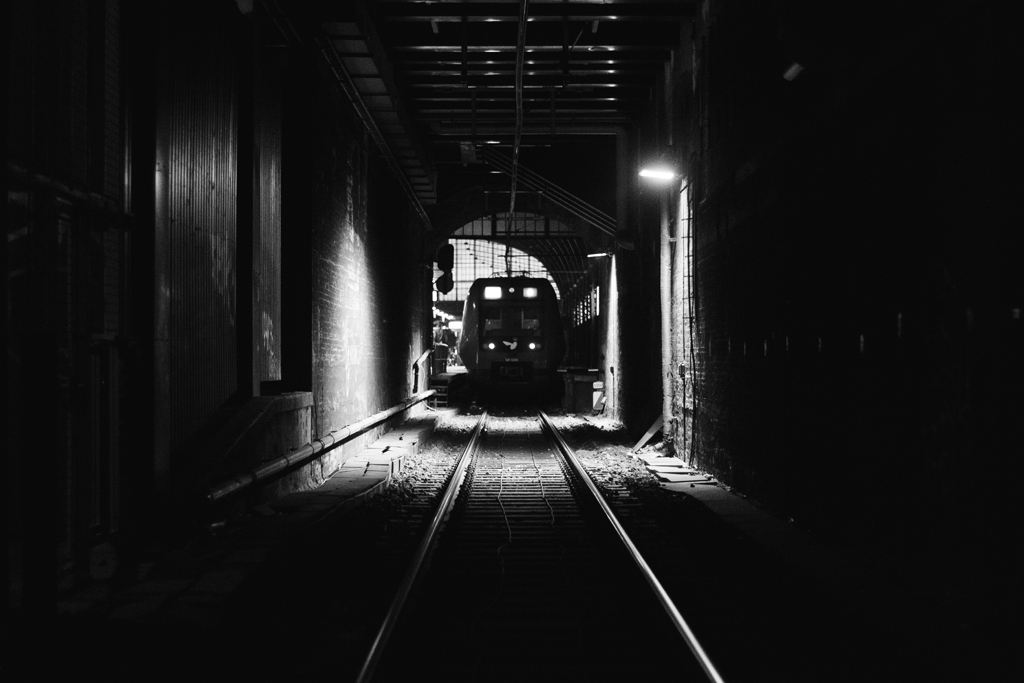 The first drop was scary! I've never done anything like this! There were cameras everywhere, but if you are careful and patient, there is a way around them. It's all about timing and patience! 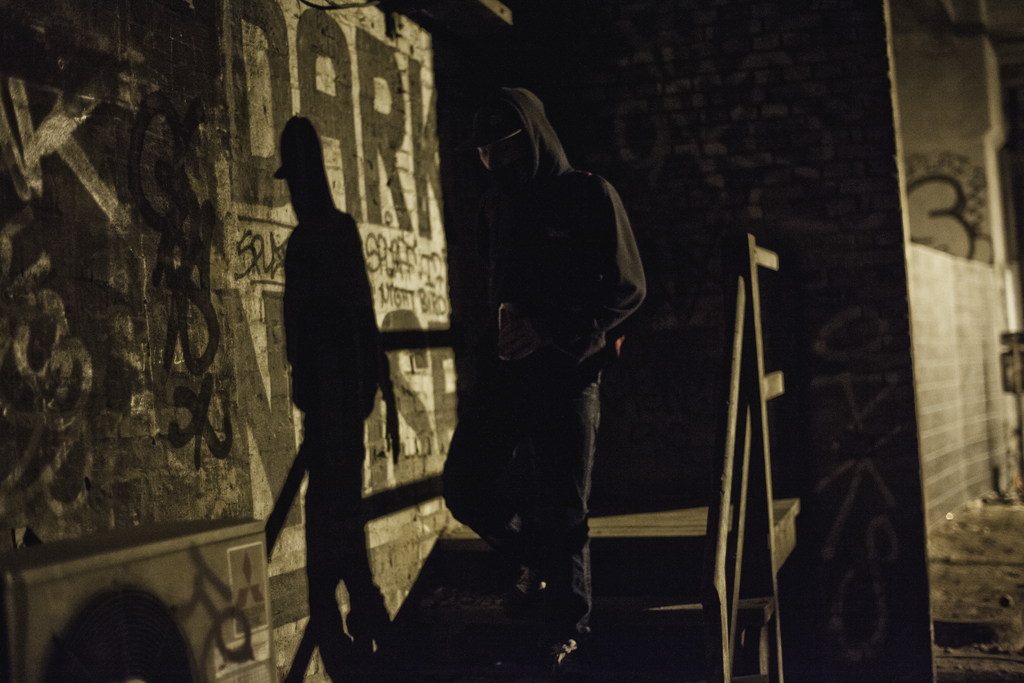 "N" was pretty calm and cool, though he told me that when he goes out with the crew he is the one who gets the most paranoid, but the paranoia keeps him on point and safe, so it really only benfits him. 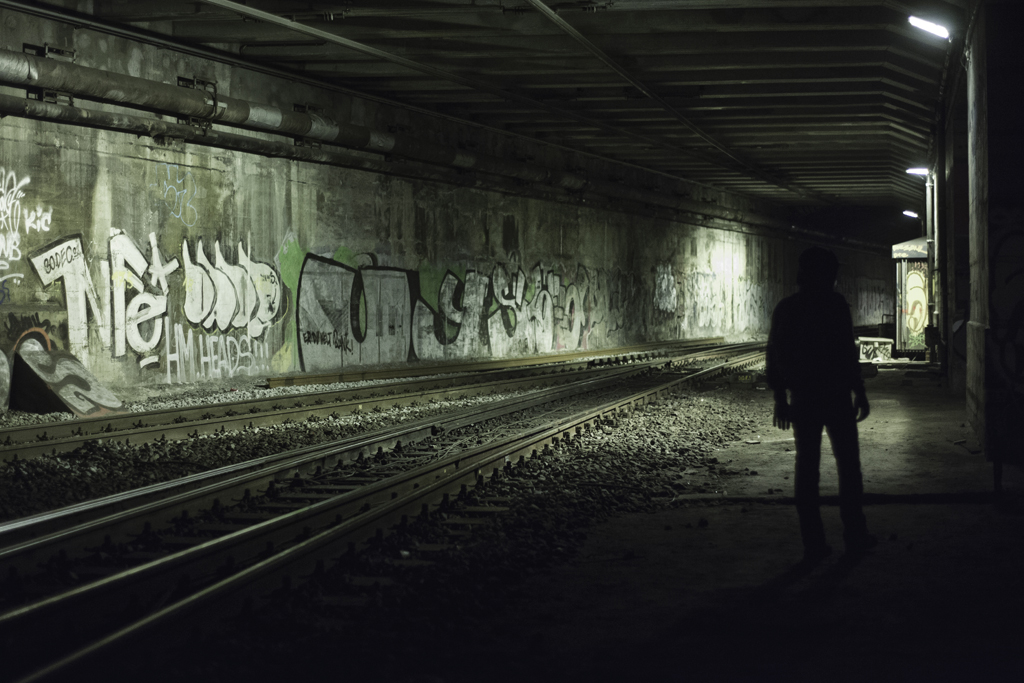 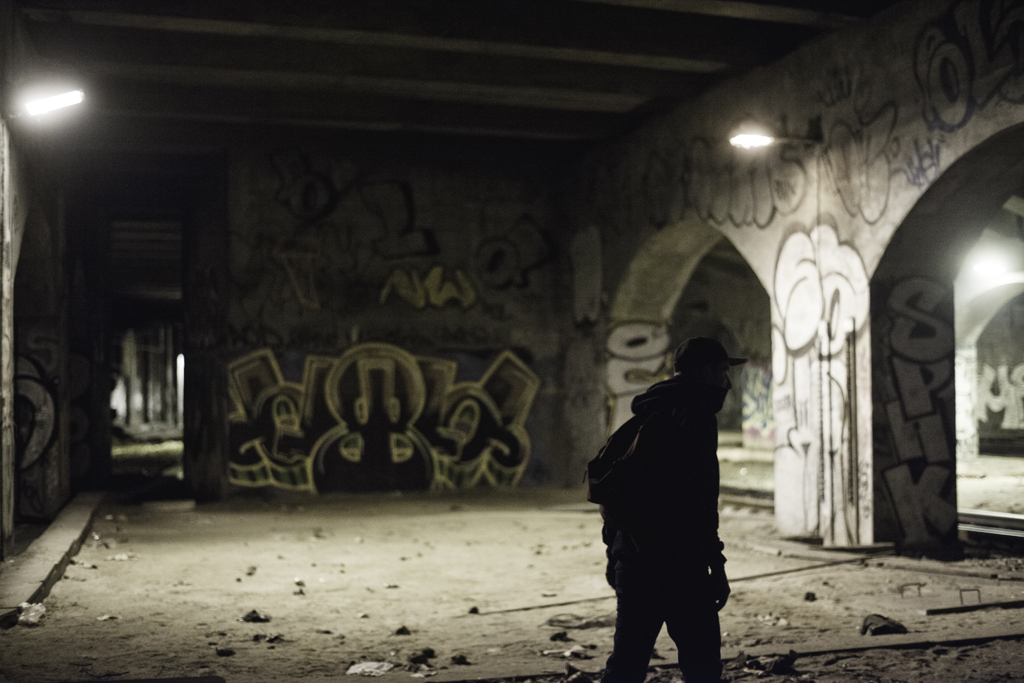 It was very old and beautiful down there, I've never seen anything like it! It kinda reminded me of the scenes from some of my favorite childhood movies; "The Teenage Mutant Ninja Turtles". All that was missing was the Foot clan :-D 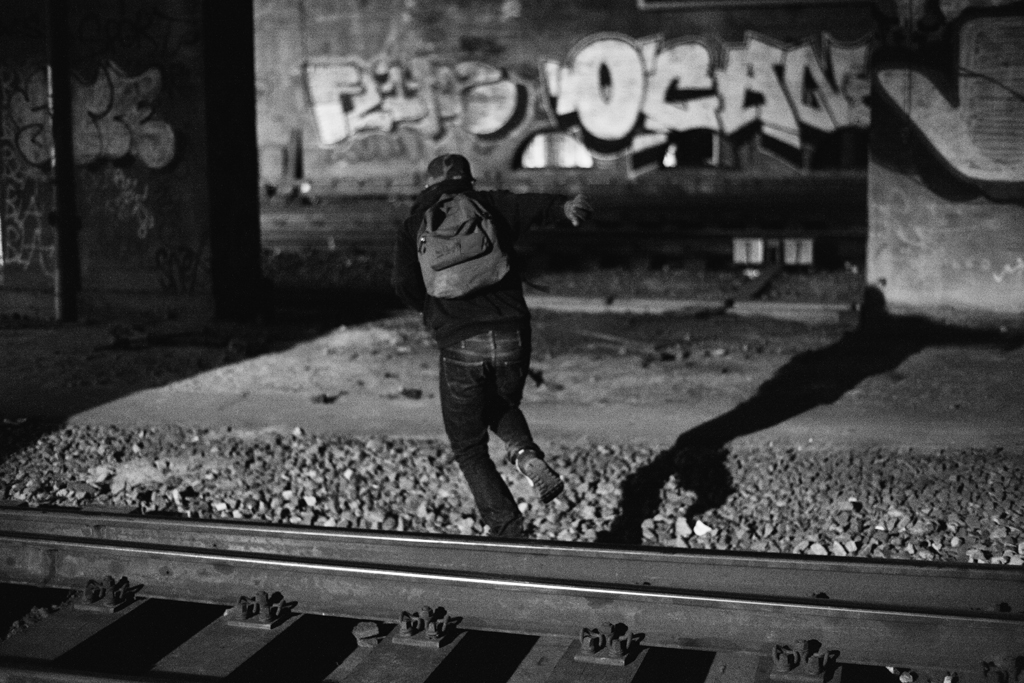 All of a sudden, while admiring Copenhagen's underground, we were caught by two trains on both sides and had to make a run for it. There are some sharp spotlights down there, so it doesn't take much to see us or our shadows! Go low and up against the walls! 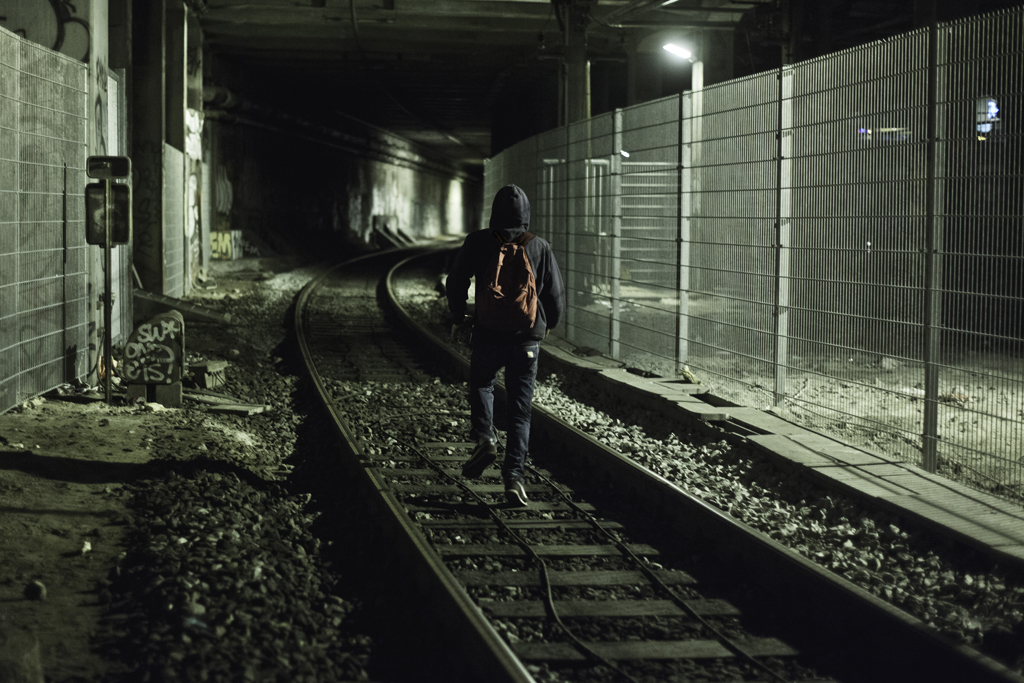 "N" and his crew has a secret spot, even further down than the subway. He told me that the only reason he was going to show me it, was because he knew my work and because he thought that, I was a bit underground! That made me smile and proud at the same time :-D Thx N, I take it as a compliment! 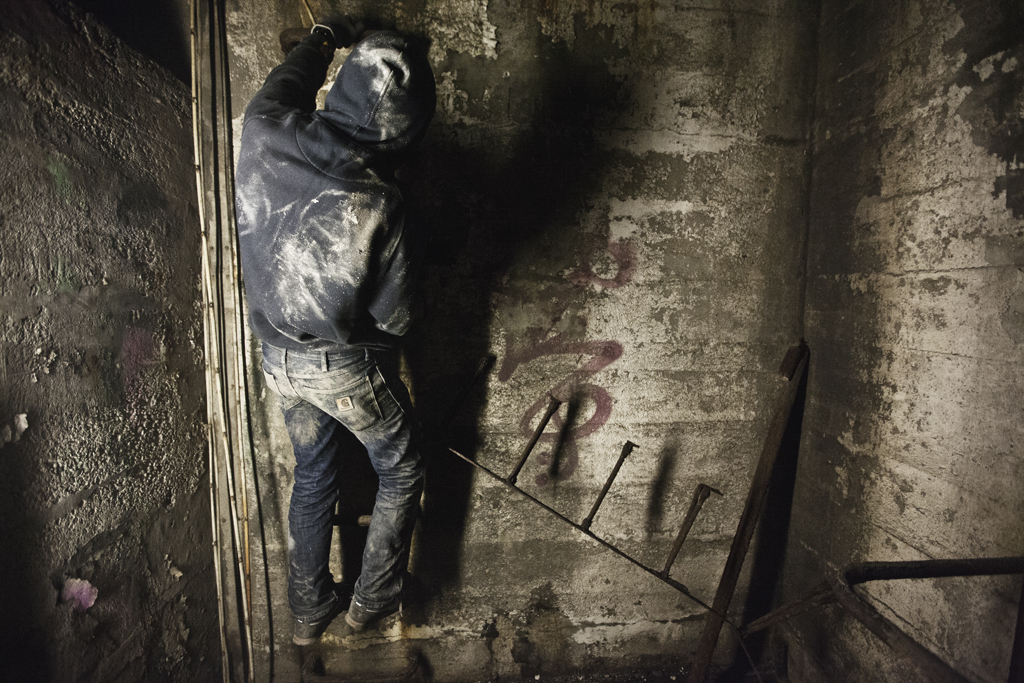 The place was dusty and rusty as hell, we had to be very careful climbing down the ladders! As you can see on the right, that ladder has rusted the fuck up! N told me a few weeks ago, he and his friend were climbing on it and all of a sudden the shit just broke into pieces...with them on it! Luckily, no one got hurt! 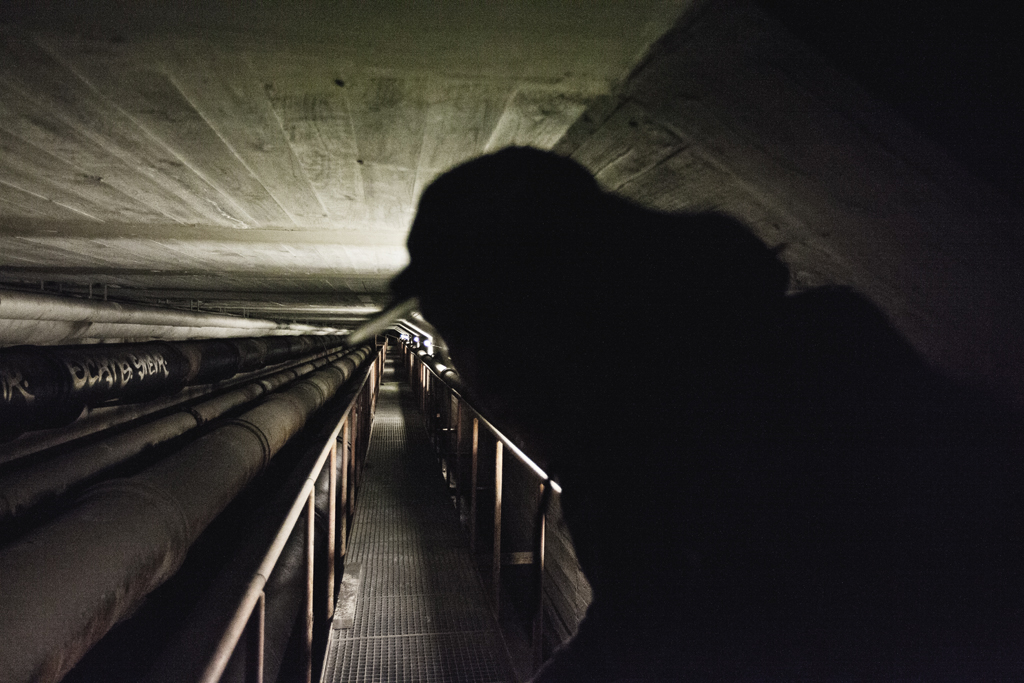 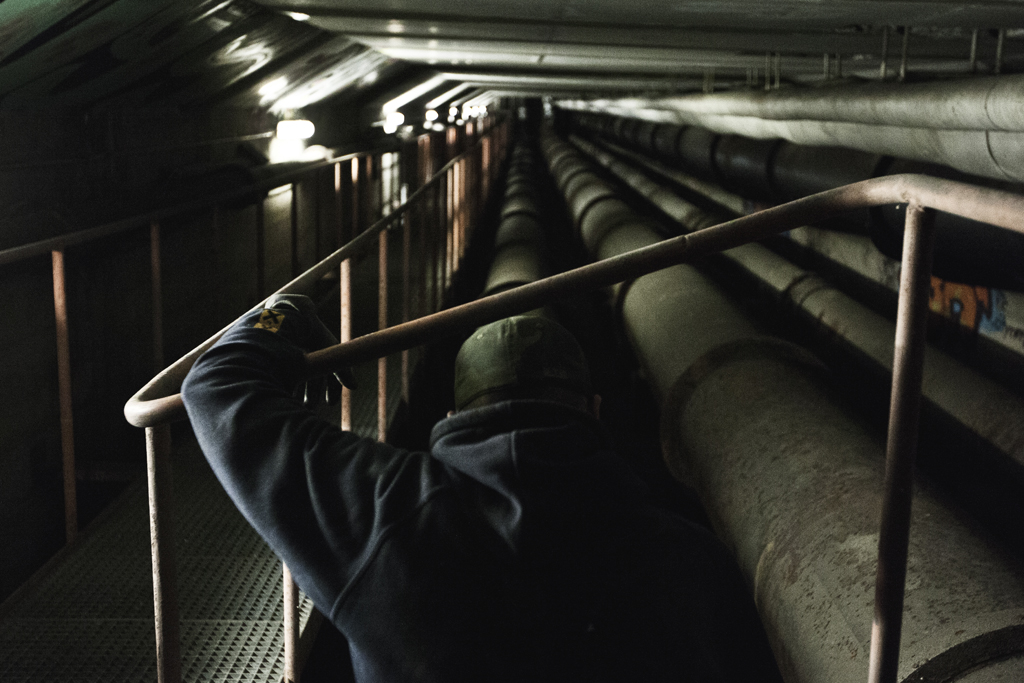 This place was dope, you could hear trains above us rambling by, a surreal hallow sound. You could really feel that you were deep down below the city! 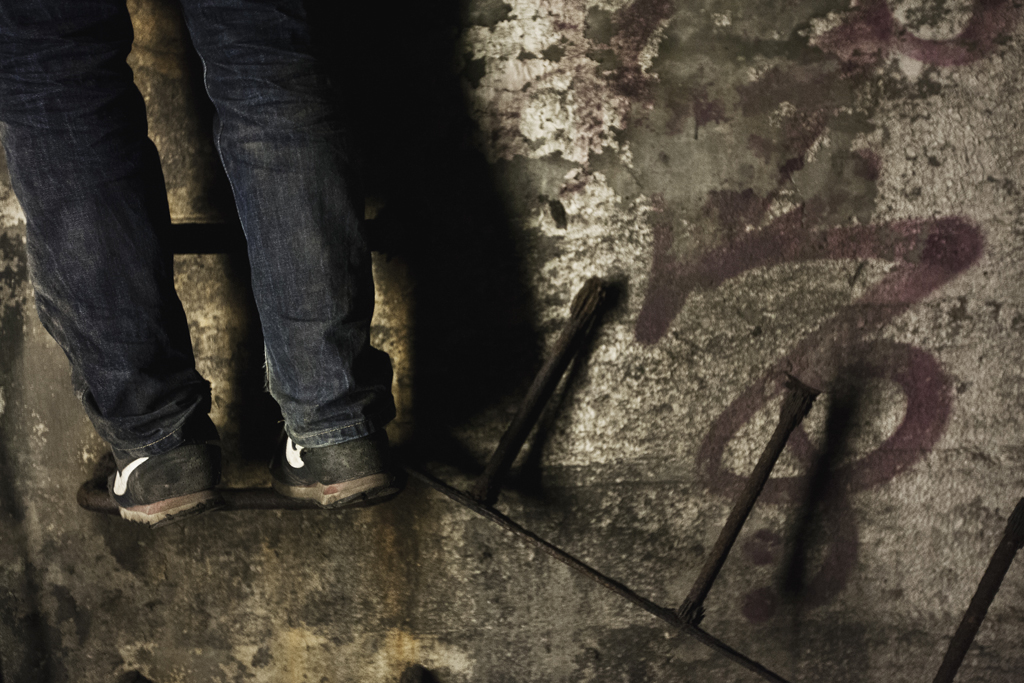 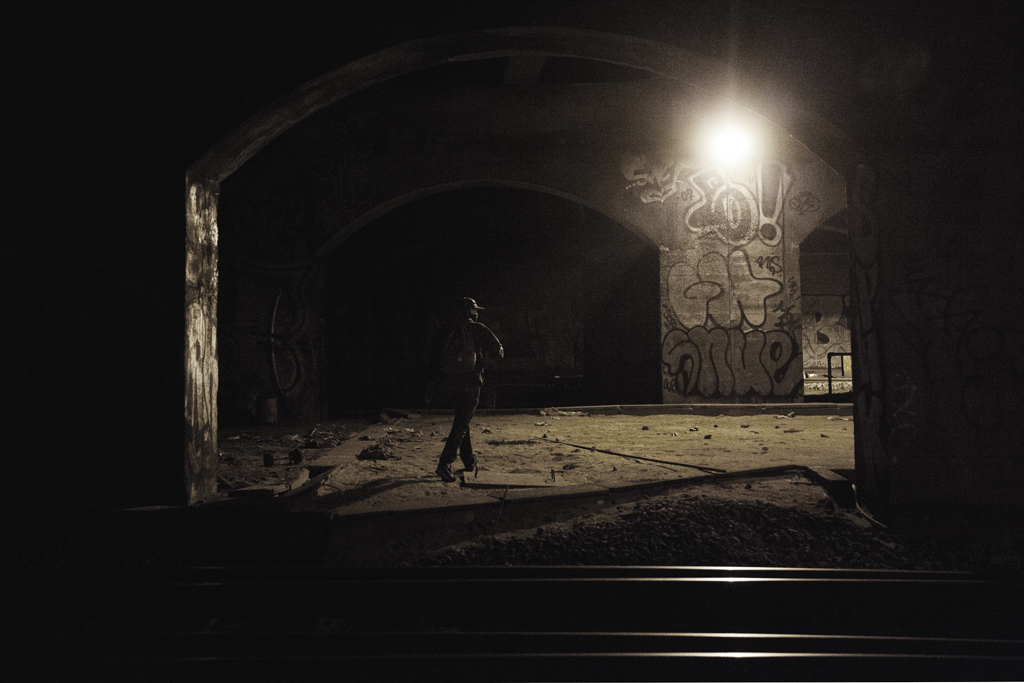 When we got up, we had to make a run for it over the rails. The regional trains were about to pass by and they actually had us pinned down for almost 30 minutes. N was lying down on one side and me on the other. I really got nervous at this point and had to take a piss to shake it off. 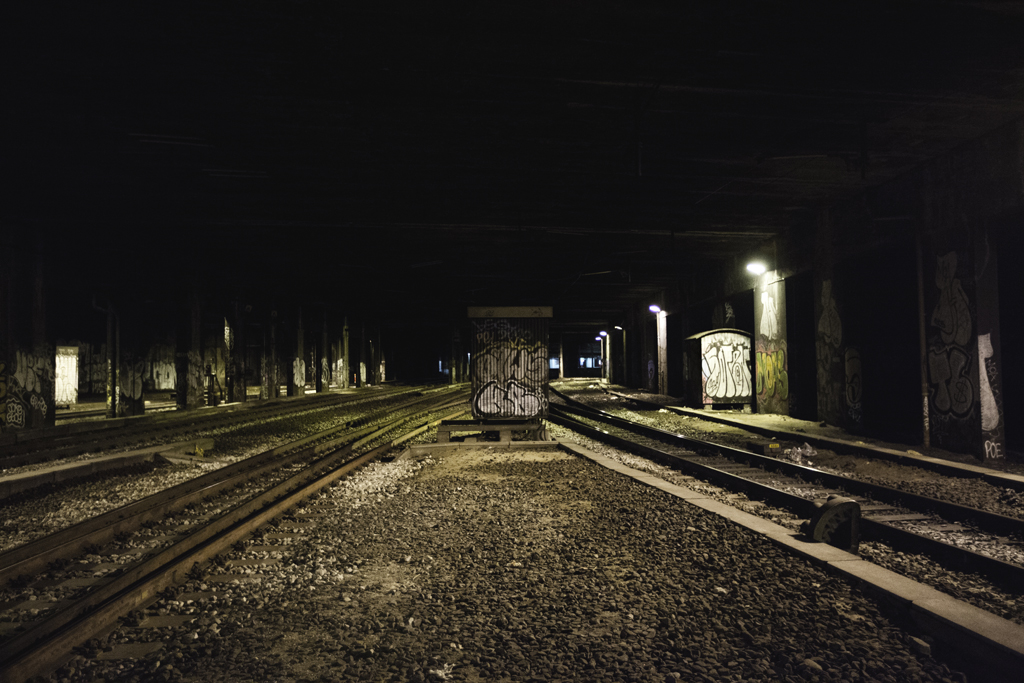 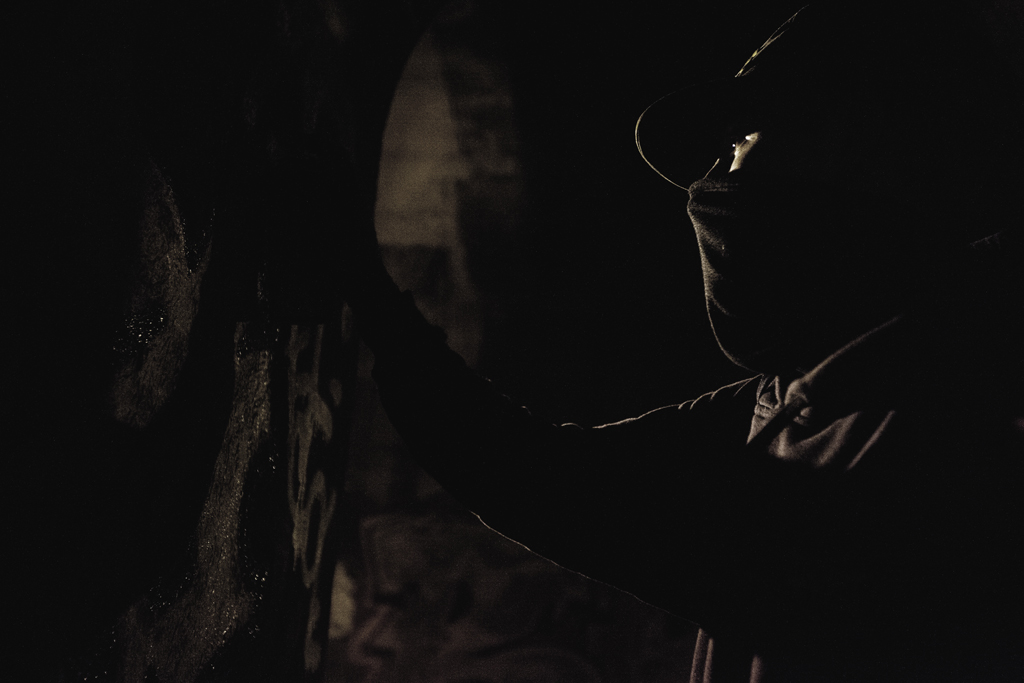 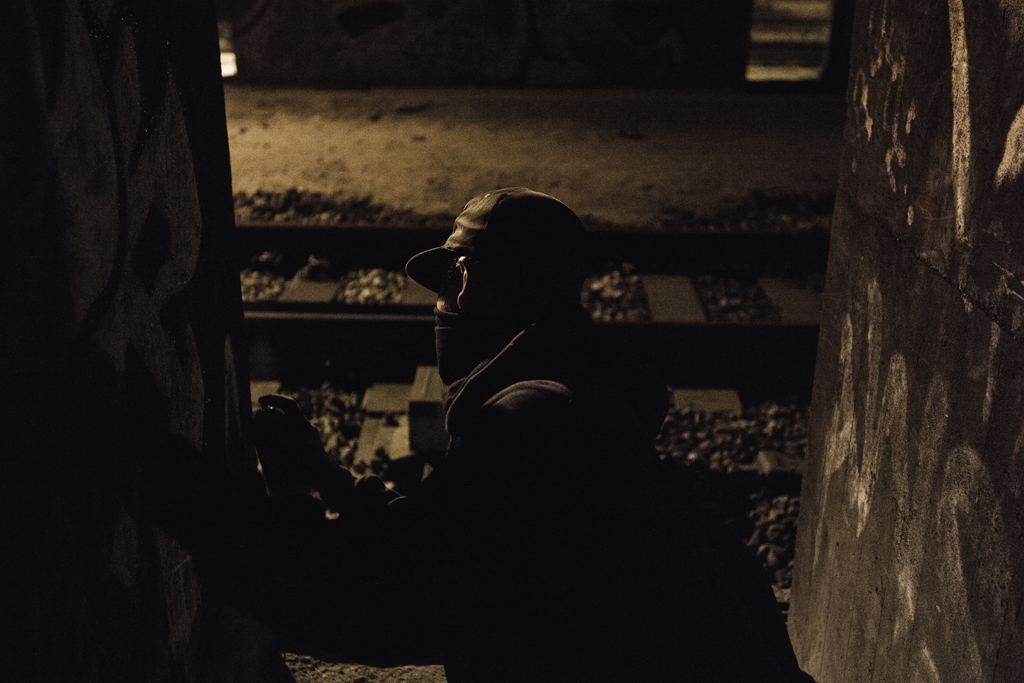 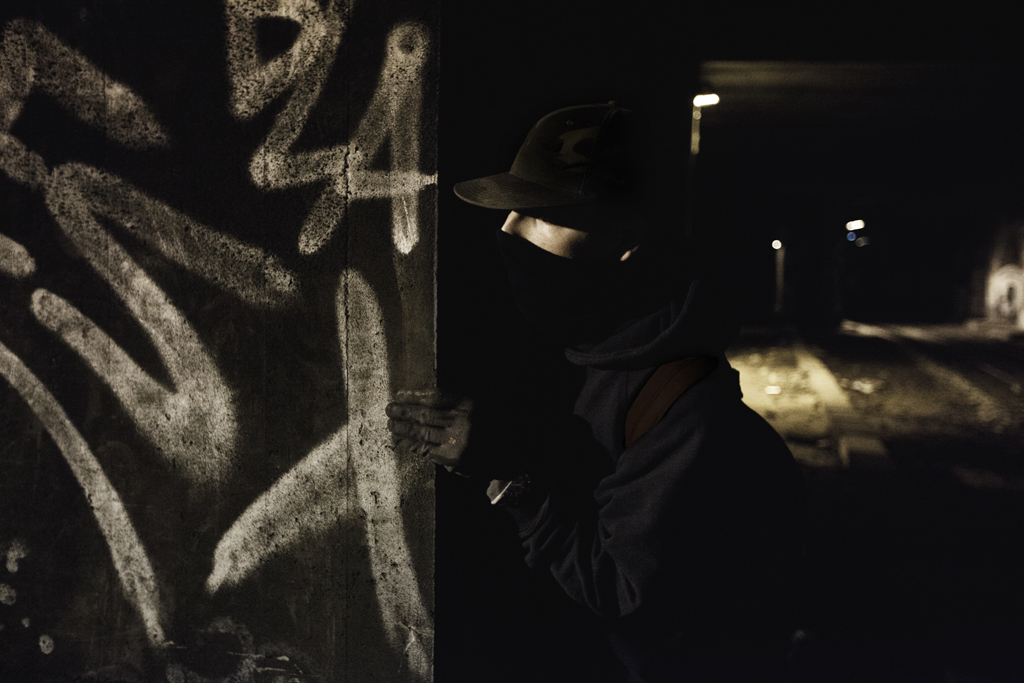 All of a sudden, while "N" was doing his thing, we heard a loud HONK! We looked far down to one of the stations, that could be spotted from where we were standing, and saw some lights pointing our way! 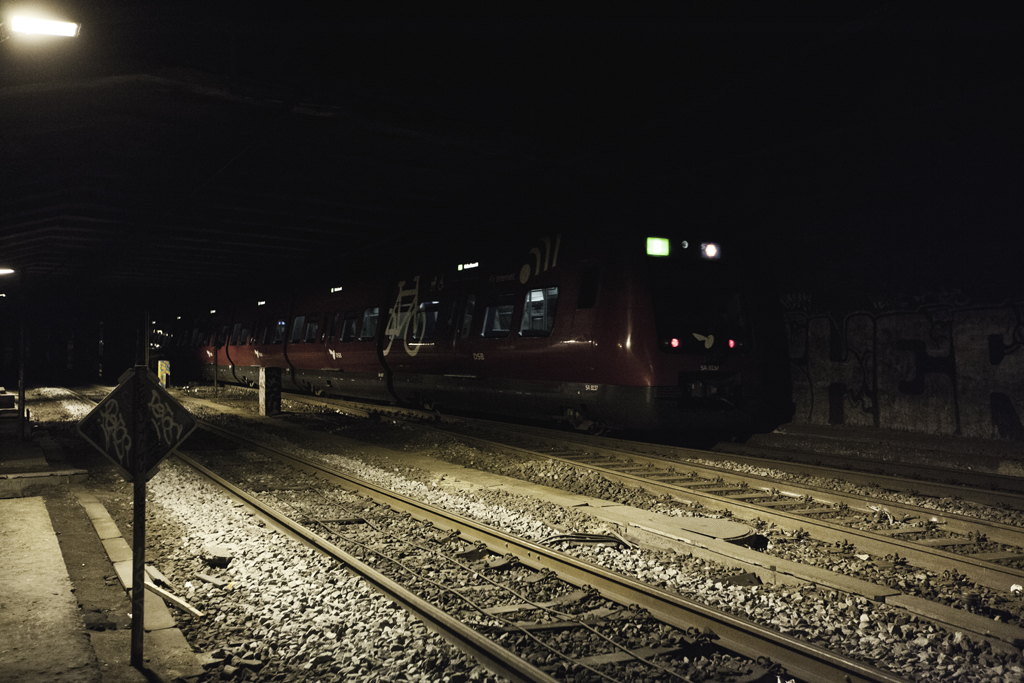 That was a signal for us to bail, we got the fuck out of there as fast as we could, though I just had to take a picture of that red devil that spotted us! The train stopped right where they saw us, but we got away clean and safe and just dissapeared into the fresh morning air! 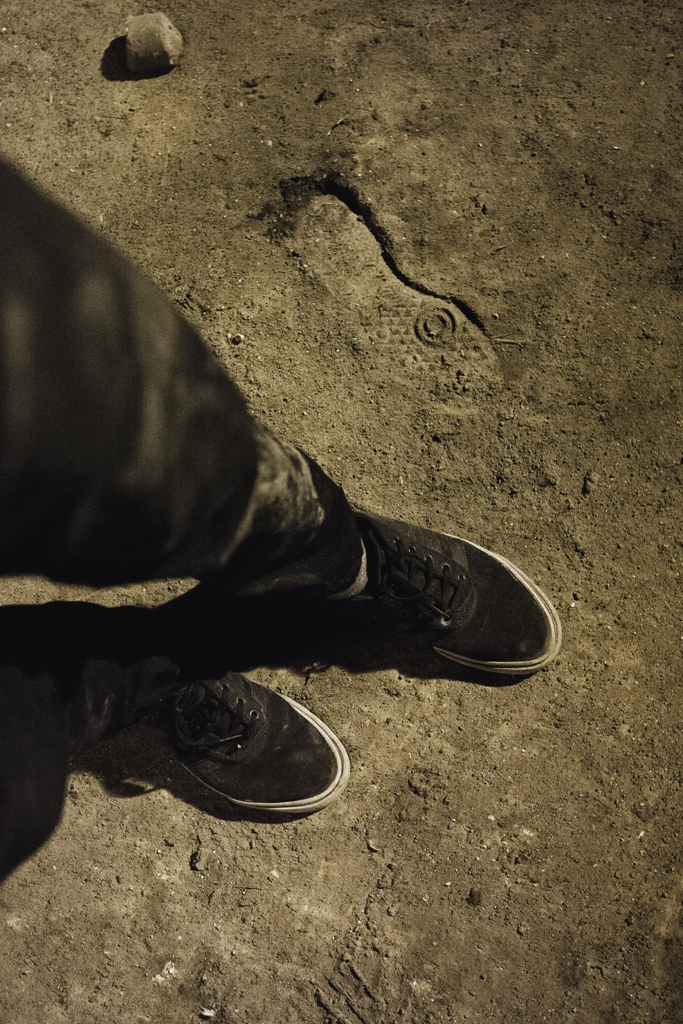 What a fucking night! Thx "N" for trusting me, and let's definitely do something like this again!
One love! 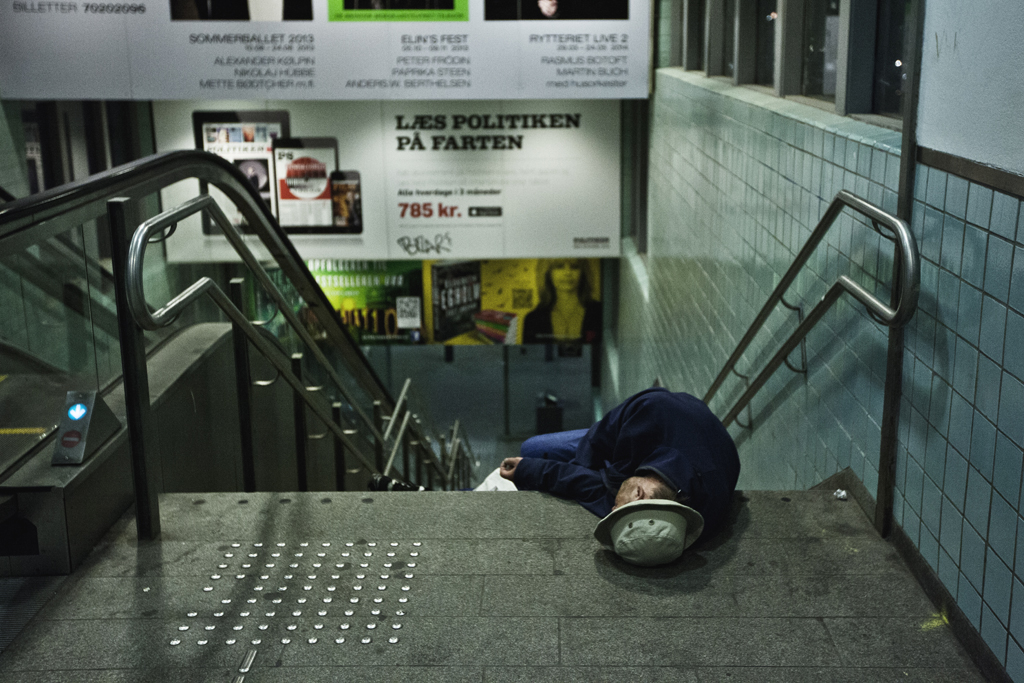 Although this was a completely mind blowing experience for me, I really don't encourage anyone to try this on their own. 'Matter of fact, I encourage anyone to stay the fuck out of anything like this, unless you have a guide like mine with you. And even then...
Indsendt af K-Nguyen kl. 11.25

Superfed serie!!! Keep it up!